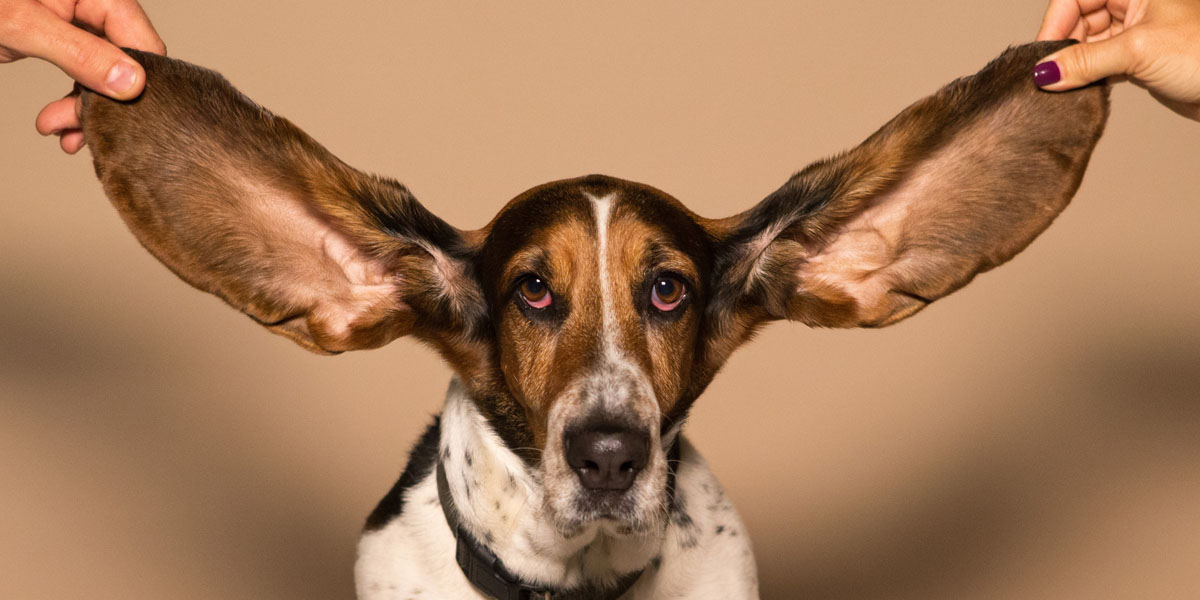 Listen to your heart…?

As a communications coach, part of my job is to be aware of trends in communication styles and how these trends change depending on the landscape around us. Can I be candid with you?  Where we are at present has caused me to fundamentally reassess what is meant by “effective communication”.

When I say “effective”, I mean in the sense that the communicator can affect people with their words in order to persuade them to agree to something.  So, as we in the UK approach another General Election, I thought it might be an appropriate time to look at present day communication and share my thoughts on the state of public discourse in 2019.

There May Be Trouble Ahead….

Yes. I think we are heading for trouble.

My contention now is that speakers believe they must aim at the heart not the head in order to be truly effective.

The Winner Takes It All

In a world dominated by social media where we all have 24-hour access to everything and where we share an almost insatiable lust for the next big story, boring old facts no longer seem so important.  The centre ground has all but disappeared and we are frequently being forced to listen to extreme ideas and to choose between those two extremes.

James O’ Brien refers to the “footballification” of politics;

“We’ve completely lost the ability to have public conversations about anything remotely nuanced…..you have to pick one or the other (team) & start chanting. (it is) the footballification of everything.”

So many of us have chosen a team or tribe and we will support them unconditionally.  Consider the player in your football team who clearly commits a foul or handball.  We will either scream their innocence or instantly forgive them.  Logic and rationale are displaced by our emotional attachment to our team.  Our hearts almost literally rule our heads.

So it is with the way our politics are now communicated.  “Post-truth politics” has become the norm and debate is framed largely by appeals to emotion disconnected from the details of policy.  Donald Trump showed us the way, but our politicians have learnt that we are now more susceptible to emotional triggers than intellectual ones.  It is about making us feel rather than making us think.  A good speaker must, these days, look to change hearts not minds.

We used to talk about something being “yesterday’s news”; these days it’s “last hour’s news”.  I’m just as culpable.  On my Twitter feed, if something is older than 5 or 6 hours, I barely ever read it; it’s old news.  This means that politicians and public figures can get away with saying almost anything, safe in the knowledge that it will be forgotten by tomorrow.

To get a sense of this, imagine the Profumo scandal or Watergate played out today.  I’d argue that if either were to have happened in 2019 they would barely have caused a ripple and blown over within a day or two.  As our access to information has grown exponentially with the internet, so scandals like the ones mentioned are happening almost daily and we’re becoming inured to them.  There is always a new story ready and waiting to deflect from the previous one and they are treated more like “hot gossip” rather than anything to be taken seriously.  So there is almost an insouciance from the public to stories or scandals that, in previous times, would have prompted outrage, resignations or sackings.  The “dead cat” strategy of deflecting attention away from the big story to something ultimately less important is being used frequently by our leaders.

So what do the politicians have to do in this election to be heard or to have maximum effect?  Well, at Speak The Speech, we have always said that the most important thing one can do in preparing a talk is to know your audience.  Trump knew this and I don’t think it has ever been truer than now.  Politicians know it is virtually impossible for them to make a speech about a subject like Brexit that everyone will like as – whatever they say – they are almost certain to alienate half their audience.  Instead, they aim their message purely at their “team”; saying the things they know they’ll want to hear regardless of the veracity.

The “what” is no longer as important as the “who” or certainly the “how”.

For example, it could be argued that Boris Johnson is right now trying to sell pretty much the same deal that Theresa May was selling only a few months ago.  Most observers agree that it is 95% the same as before.  The difference now is WHO is selling it and HOW it is being sold.

With Mrs May there was a sense of boring realism – of her deal being an adequate compromise.  She would say something along the lines of “this might not be perfect but it is the best we are going to get”.  For her “team” this was hardly inspiring and certainly not what they wanted to hear.  But it was practical – aimed at the head.

Mr Johnson knows his team much better and, crucially, knows what they want to hear.  Under him it’s “a great deal”.  That’s much more like it! It doesn’t matter that we don’t really hear what it is that makes it “great”, just that he says it is. He relies on his positivity and enthusiasm rather than the substance of what he is saying.  He aims for the heart.

So what’s important here is the who (namely someone on my team) and the how – the positivity of the message.

But of course to be truly effective you have to be able to sell that message.  In our communication courses we talk about the importance of “professional” energy – that ability to sound convincing no matter what you might be “personally” feeling.  All effective speakers have this in common.  Boris Johnson has it, Theresa May doesn’t.  Now, my argument has always been and will always be that it is essential for the energy to be authentic.  However, in this new post-truth world, I am no longer so sure it is quite so essential as it once was.  Perhaps we will see over the coming weeks…..are we going to pick a man who we don’t necessarily trust but who makes (some of) us feel good about ourselves?

So, what has caused this change in communication style?  How has it come to this?  Well, of course, much of the reason must lay at the door of the media.  I can’t remember another time in my life where we have been subjected to so much propaganda.

We see it with a written press that is having to compete with social media and that could be facing extinction if it doesn’t sell more papers.  The result? The descent of previously respectable publications.  A race to the gutter.  Digging up whatever dirt they can find to smear people who are not on their side.  The common use of words like “traitor” and “surrender” and other war-like language that incites and entrenches hatred and division.

We see it with a television media, terrified of being accused of bias, that now invites “experts” from left or right wing “think tanks” or websites to air opinions that would have been unconscionable until a few years ago.  The apparent need to be seen as airing all sides of the debate no matter their veracity almost as if to say “we’ll just report it and let them decide.”

We see it with a social media that has been exploited by targeted adverts and bots espousing extremist comments, lies and fake news that have the effect of making them sound acceptable and widely held and drives us deeper into our tribes leaving us more polarised than ever.

And we see this almost every day with the dreaded “Vox Pops” that have become increasingly part of our force-fed news diet; members of the public repeating things they have either heard or read, mostly misinterpreted, often completely at odds with what the person actually said and bearing little or no resemblance to truth or to actual facts.  It’s the regurgitation of what they have heard their team say but, again, they are repeating what they have been made to feel rather than what they actually know.

David Robert Grimes states it perfectly in his must-read book “The Irrational Ape”: “We live in an era where instantaneous access to the wealth of human knowledge is at our very fingertips.  Yet the paradox is that same freedom allows misunderstanding, misinformation and falsehoods to perpetuate further and faster than ever before.”

What really scares me is how this will affect communication in the future.  Abuse is so rife nowadays, politicians are afraid to even stand for re-election! How will this abuse and constant exposure to “fake news” affect our children (potentially so vulnerable to unregulated articles on social media) and the world they grow up in?

If people can say what they want without fear of challenge, where can we go to for the facts?  Who, if anyone, will be the arbiter of the truth?  Even our BBC has recently been accused of being a mouthpiece for “a Downing Street source” who will unofficially say something extreme just to “get it out there” only for it to turn out to be untruthful or exaggerated and later denied.  The fierce competition to be the news source that gets the “scoop”, means that the integrity of the message is often overlooked.

Is This The World We Created?

So, what can be done?  Well, I think it partly falls to us as individuals to make sure that we check what we read or what we hear before regurgitating it.  Thankfully there are still some independent sources out there that can help with this.  The trick is to find them!  Check your facts!  Make sure they are true!

And I think that we all have a duty to our children and to future generations to use language that is respectful and that is not going to incite hatred; to rediscover the lost art of compromise; to understand that there will always be differences in opinion and to accept those differences.  And to spend more time listening; listening in order to understand not just in waiting for our turn to speak.

We are standing at a crossroads in our history and we face an existential decision as to what sort of country we want to be.  My only hope is that, whatever decision we end up taking, we do so with our eyes and our ears wide open.  The only way that can happen is for our communication to be open and transparent and to be based not just on what the heart wants, but also what is right and proper and just. If we can find a way of bringing people together through honesty, truthfulness and respect then there is, I believe, a bright future for us.  If we can’t, then we are in deep trouble.  Here’s hoping….!